It's a brave new world for anyone who has ever harbored the dream of telling a story. Technology is radically transforming the way authors and readers connect. Pittsburgh native Dmitri Ragano tells the tale of writing his mystery 'Employee of the Year' on the frontier of electronic publishing. A few years ago, in my late 30s, I realized that I wanted to write a book.

I was staring into time's horizon, gearing up for the inevitable midlife crisis. I had friends my age who were taking up golf, tinkering with home remodeling or putting in extra time to climb the corporate ladder.

What I really loved hadn't changed much since I was 8 years old. I loved the world of fiction and literature. Growing up on a steady diet of Tolkien, Salinger, Bradbury, Joyce, Kafka and Beckett, I'd been trying to tell my own stories since I was old enough to spell my name.

I spent my 20s and 30s learning to a make a living through an eclectic mix of barely related professions, but my dream of being an author never really died. I still wanted to find my voice and then go out and find an audience. So I decided I was going to give it a try, happily aware that this endeavor might not go anywhere.

What intimidated me about this prospect wasn't actually writing a novel; that was fun. Instead it was everything that I was supposed to do after finishing the manuscript. Contacts in the book publishing industry told me I should plunge into a grueling, endless process of random submissions to literary agents and publishing houses in hopes that, against all odds, someday, somewhere, someone out there might actually read a few pages of my book.

The first thing you need to do is get a hundred rejection letters under your belt, they told me. I was always warned to make sure my novel was "marketable" -- it should be exactly like some other book that has sold well. It should not experiment with genres or contain any unproven themes or ideas that might scare the industry establishment.

For me, creative writing was just a hobby. So the idea that I had to spend my precious free moments butting up against a vast, depersonalized labyrinth was annoying to say the least.

It wasn't the prospect of failing that bothered me. As an unknown author, I knew I was more likely to get struck by lightning than land a book on the best seller list. (I have a screenwriter friend in Los Angeles who already was struck by lightning growing up in Florida. She's fine now and we're trying to figure what this does for her odds of a successful writing career.)

We've all heard about hit novels that made it into print through an impossibly random fluke. Stephenie Meyer's Twilight series only saw the light of day because a new assistant at a literary agency didn't realize the manuscript was way too long for young-adult submission requirements.

What really frustrated me about the impossible odds, the slush piles and the rejection slips was the fact that, like most writers, I wasn't trying to become a star. Most first-time authors just want a chance to find an audience. They know there is probably some community of readers out there that will connect with their work, they just don't know whether it's 50 readers or 50,000 readers.

So it's very important for novelists to have a quick, easy way to put a story out there to find an audience and get some kind of feedback, just like most other creative types. Actors and musicians aren't dependent on the machinery of Hollywood and Broadway to practice their art. There is a whole universe of outlets for them connect with a crowd, from the open mike night to community theater. Why should writers spend years pushing through a wall of faceless gatekeepers to get a chance at sharing their work with readers?

The importance of putting a new creation in an open forum was something I understood well from my "day job" building corporate websites. The iterative process of developing software, observing how people use it and then refining it based on feedback is the lifeblood of the Internet industry.

A new school of management known as Agile supports the theory of creating products in a rapid, flexible and interactive environment. Companies like Google, Amazon and Netflix typically roll out "beta" versions of new business lines, starting a conversation with their customers that will influence the evolution of the product without middlemen or buffers.

Agile is based on interdisciplinary studies where math, computer science and biology intersect, such as Complexity Science and Chaos Theory. One particularly important influence is Cybernetics, a field with origins after World War II, conceived by a diverse group of engineers, neurophysiologists, anthropologists and psychiatrists.

Cybernetics examines all systems that have goals and interact with an environment via feedback mechanisms. This includes the circular process of acting (having an effect on an environment), sensing (checking the response of the environment), evaluating (comparing the current state with the system's goal), and back again to acting.

I realized that there was an obvious connection between my work in the fast-paced world of Internet software and my personal dream of writing a novel. The future belonged to innovators who could interact with their audiences in an Agile work mode.

After all, innovations like Facebook, YouTube, WordPress and Twitter give billions of people a platform to say something, tell a story, test an idea or start a conversation. The William Faulkners and Jane Austens of tomorrow will communicate their art fully expecting the benefits of cybernetics.

Services like Create Space make it easier than ever for first-time authors to publish a professional-looking book for less than $1,000. E-reader devices like the Kindle, Nook and iPad reduce the distribution and inventory costs of books to practically nothing, allowing unknown authors to sell their titles for as little as 99 cents. It's true that do-it-yourself publishing has been around for a while.

But this is bigger than that. This is about critical mass of new ideas coming together at the right time. At its core, the promise of a Web 2.0 world is about taking storytelling back to a time to when it was grounded in close relationships between authors and readers. Homer, Chaucer and Dante all read their stories for audiences, in their context of the social network. They received their own versions of Facebook "likes" for their authored works in the cities of ancient Greece and medieval Europe. Even after Gutenberg, most books still gained readership from town to town and colony to colony through the 17th- and 18th-century equivalent of "tweets" and "shares."

This isn't to say it's easy to find an audience on your own. Without the resources of a big publisher, I've realized how hard it is to get out word that my book exists. (After all, I have only a finite number of friends and relatives whom I can nag into buying a copy.)

My Internet career taught me the importance of setting specific goals that are ambitious but at least within the realm of possibility. For "Employee of the Year," I will try sell 1,000 copies total. I realize this will be really hard. After all, Nielsen Bookscan statistics show that each year only 20 percent of all books available in the U.S. sell more than 99 copies per title. When it comes to fiction, hardly any novels sell more than 5,000 copies, even with the support of a major publisher.

But the great thing is that, regardless of whether I reach my starry-eyed fantasies, I feel like I've already succeeded in my original intent when I started writing the novel more than two years ago. I've found a way to get my labor of love to a small but warm and receptive community of readers.

Since the book went live last month, I've been approached by friends, acquaintances and even a few strangers who told me they loved the twists and turns of "Employee of the Year" and can't wait for my next mystery. (I also have an uncle who thought the story was lousy. But getting his point-by-point critique was almost as much fun as the praise I've received.)

Dmitri Ragano, a graduate of Allderdice High School, is a writer and Internet professional based in Irvine, Calif. "Employee of the Year" is available on Amazon and www.dmitriragano.com.
Reprinted from Post-Gazette.com, December 18, 2011 at 12:00 am

Posted by Hi, this is Gina. 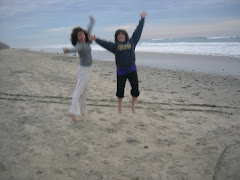